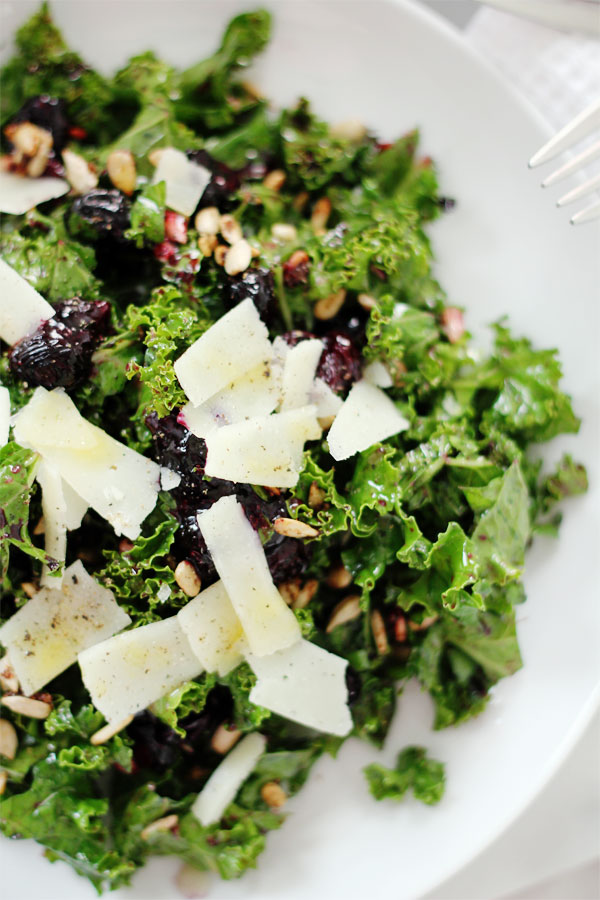 Oh haiiiiii ya’ll. Happy Spring! I come bearing salad! A really, really good salad. The concept for this salad was born out of the coziest of cozy gal pal nights with my friend Allison this past Saturday. Rosé, truffle mushroom pizza, and a salad that reinvigorated my love for kale in salad form were involved. I woke up on Sunday and immediately started scheming as to how I could recreate the flavors at home. A few hours later and several bites of taste testing, and voila. Recipe below.

Now. Because it’s been a while and it’s Monday, I’m jumping back into the swing of things with a few all over the place life updates, random facts, and things currently on my mind: END_OF_DOCUMENT_TOKEN_TO_BE_REPLACED 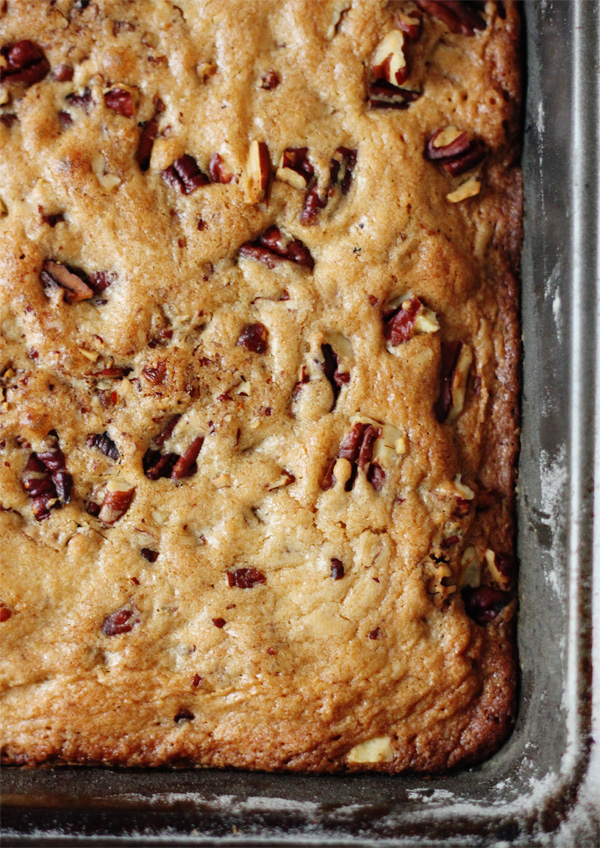 Real talk for a moment? I struggled to hit publish on this post because… END_OF_DOCUMENT_TOKEN_TO_BE_REPLACED 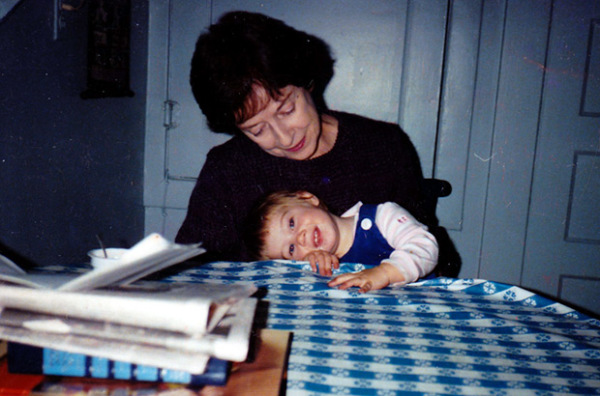 …but before you go hating on me, hear me out! Though she hasn’t graced the CP pages that heavily, my grandma (or “the G-Ma” as we lovingly referred to her), was a true gem of a person. She had one of the most generous hearts of anyone I know, and naturally, killed it when it came to Valentine’s Day – so much so that I wrote a sweet story about her over on self.com. I included a little excerpt below, and a link to the full article on the site. Hope you guys enjoy!

In other news, it’s a 3 day weekend, and I’m cooking up a storm. Recipes to come again next week! xoxo Clara

“Why? Are you afraid I’ll throw myself out a window?” I breezily responded to my friend’s dinner invitation for the following Friday. It wasn’t just any Friday; it was Valentine’s Day, and for me, the first one flying solo in almost a decade. Three weeks prior, my seven-year relationship had come to a close. In just a few short weeks I’d gone from country-weekend house hunting and discussing baby names to Manhattan studio-apartment hunting and embracing single-dom for the first time since college. While my friend was concerned for my physical safety as the holiday approached, I was actually looking forward to it. 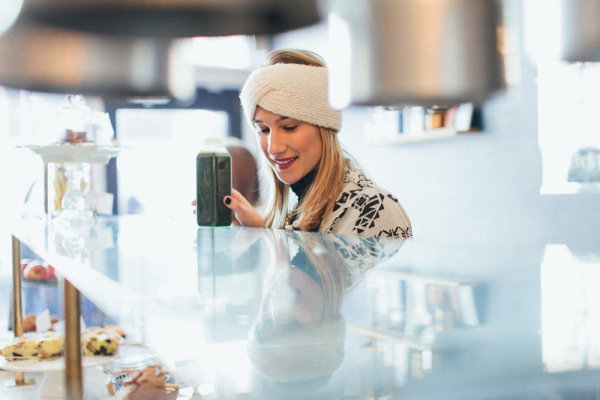 Even though I’m back to rockin’ the corporate life again, I have such a soft spot for folks who have bravely launched their own venture. Case in point, my dear friends behind the company Green Blender. Green Blender is an organic smoothie delivery service based in NYC. But instead of receiving pre-made smoothies (which don’t really ever taste good), you have all the pre-portioned ingredients for five original smoothies delivered right to your door every week. So that moment in the morning when you’re rushing to get work and would really love to not grab a bagel but don’t have the time to chop, measure, and blend a smoothie? Now you can. And you can do it 5 days a week. Or more! Each Green Blender box provides 10 servings.

Pretty brilliant, right? And we’re not talking banana and strawberry smoothies. With flavors like Pomegranate Orange Creamsicle, Chai Spice Almond, and Candied Cayenne Sweet Potato, it’s literally impossible to get bored. Each smoothie is also packed with superfoods and add-ins like chia seeds, flaxseed, goji berries, acai berries, matcha, cacao nibs, and much more. If you’re not salivating yet, something might be very wrong.

The other week I made a guest appearance on their blog and shared how I indulge in my health. Pop on over to learn how I make the time and take the time to eat well on a consistent basis, why neon matters so much when it comes to getting myself to the gym, and a few more fun facts. And if you’re interested in joining Green Blender, you can do so right here. Delivery is a little limited to the Northeast, Boston, and DC right now, but they’re quickly expanding. 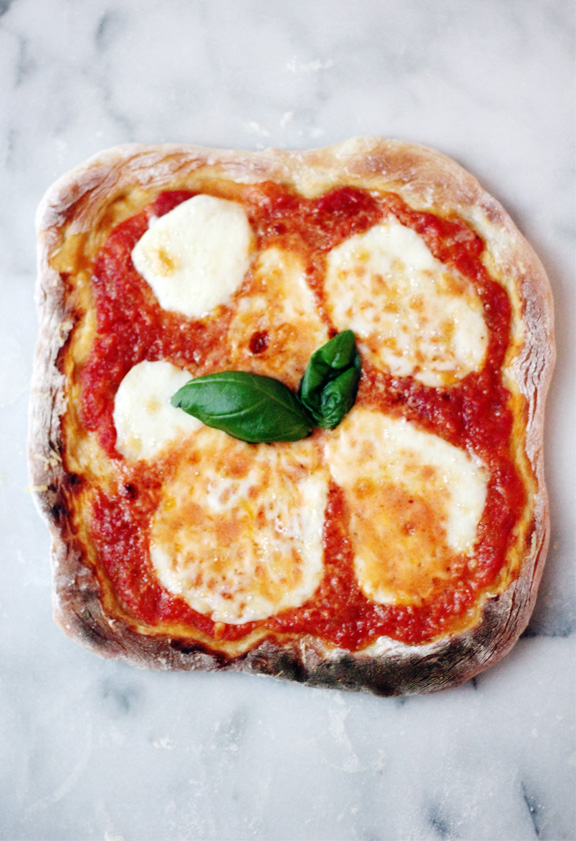 I think it was 2009 when I first started honing my homemade pizza skills. I was home for the weekend (an environment that always triggers exploration in the kitchen), and I decided not only was I going to make pizza from scratch, I was going to grill it. Suffice it to say most of the dough ended up in between the coals, and my pizza more so resembled a cut-out of the state of Florida rather than a round pie. But despite its shape and the lightened load of toppings, it was still good. Really good. 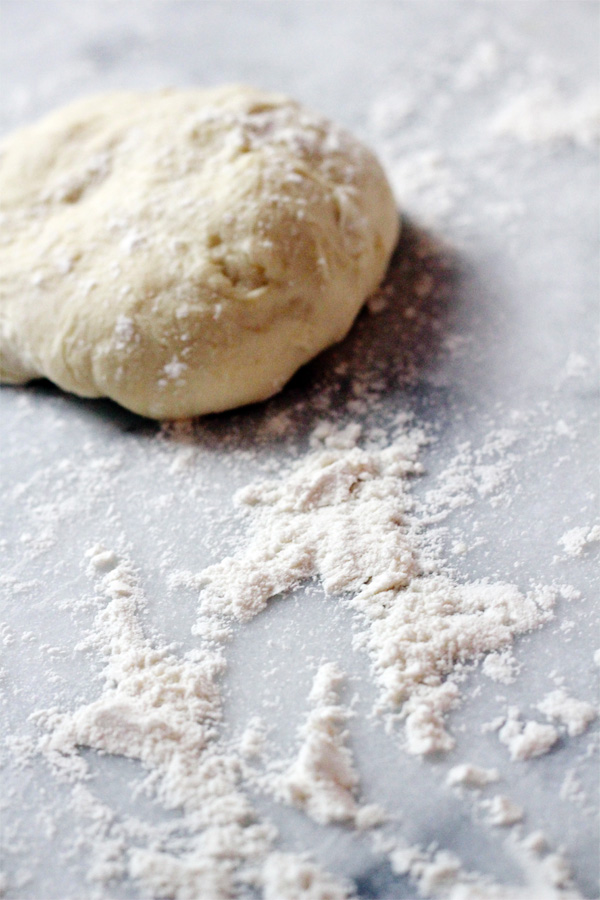 I trudged onward, attempting homemade pizza back in my own kitchen in an oven. The dough got better but the pie was largely raw, due to the fact that I hadn’t preheated my oven properly. Again though, it was still pretty good. Not perfection, but progress.

I had a handful more experiences of this kind. I wrestled with dough, unsuccessfully transferred my pie to the oven countless times, produced pies that were burned on the top and raw on the bottom (and vice versa), and so forth. But there was something about the process that was still enjoyable.  At the onset, I remember quietly thinking to myself that the pizza I made at home was probably not going to be good….for a while. But that the only way to get over the hump of it not being good was to practice. A lot. Instead of focusing on the failure, I focused on the small improvements that were made with each pie, recognizing there was simply no way around them. That doesn’t mean I didn’t spend a good portion of those attempts cursing the dough recipe, yelling at whoever was nearby to help (apologies to those involved), and angrily throwing yet another pizza away in a fit of rage. That definitely all still happened. But somehow, I was driven to keep trying, to the point where homemade pizza now falls into the category of simple weeknight meals for me. The pies aren’t always in the shape of a circle, but you guys, they are really freaking good. #patsselfonback

This realization around my pizza making journey was triggered a few weeks back when my therapist challenged me to think about failure. She specifically wanted me to think about the areas of my life where I easily accept failure as part of the learning process, and others where I leave zero room for it. Pizza dough, and cooking in general, is one of the areas I leave room, as is yoga. And not only do I leave room, but I still really enjoy the process of honing my skills in these areas – even when I’ve failed countless times. 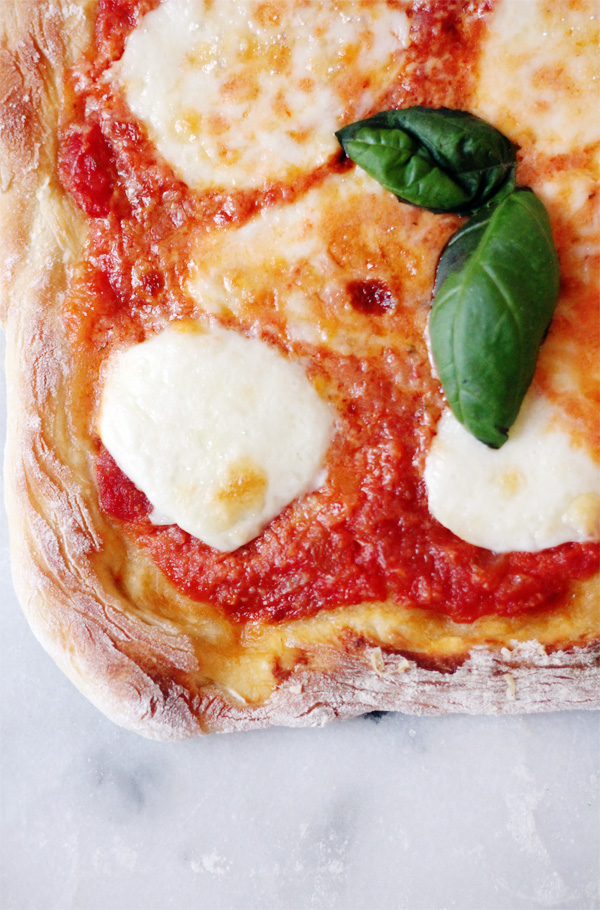 Yoga presents an interesting comparison as well. I got back into my practice this September. Having danced a lot growing up, I’m naturally pretty flexible, but I’ve always struggled with any strength based balancing poses. So I decided I’d just start with crow pose as a goal, figuring of all the balancing poses, that was the easiest one. During each class when my instructor would encourage everyone to attempt handstands, headstands, etc. I’d focus solely on getting into crow pose. And then a few months in, while in a completely different sequence, my body somehow found its way into flying pigeon. Albeit, not as good as that photo, but still. I was in shock.  And yet somehow, it felt so natural. It was like everything suddenly clicked. The very nature of consistent practice allowed the progress to happen organically. Rather than being forced, my body found its way into the position on its own. 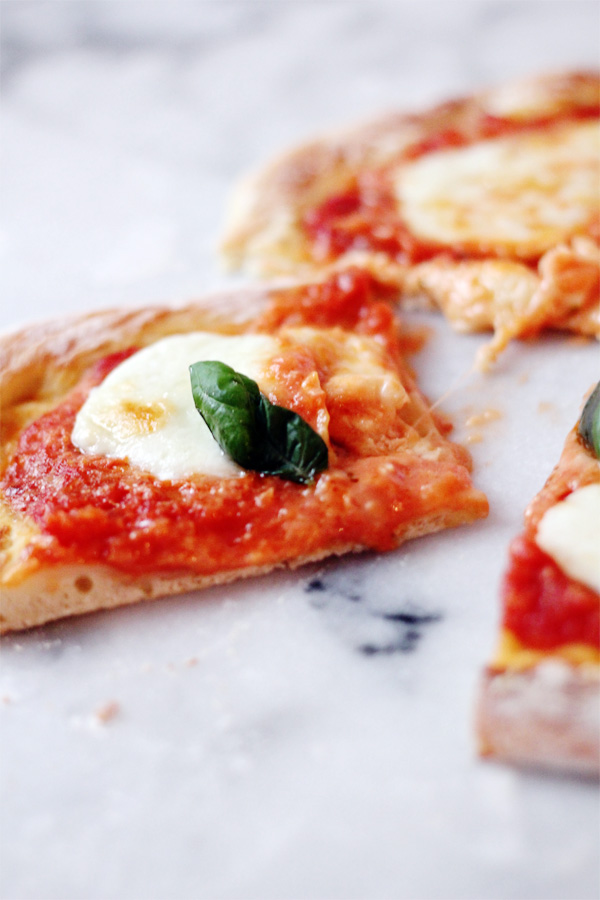 From a physical perspective, the same thing happened with homemade pizza. The reason it’s now easier is because my hands are more familiar with the process,  regardless of whether I’m getting the dough to rise, kneading it, morphing it into a pie-esuqe shape, adding just the right amount of toppings, and so forth. I was reminded of how everything had already clicked when I succeeded in making this pie last weekend. It’s been over a year since I’ve made pizza from scratch (more on that later), and yet it was like riding a bike. My hands knew exactly what to do. The meal was divine.

But then back to failure. No, I’m not ready to throw my hands up and readily welcome failure in all forms. But I am more inclined to trust in the process, and accept that failure is an inevitable part of that process. And for those areas where I’ve left zero room for it, I’ve also realized I’ve left zero room for growth. Ironic how that plays out. xx Clara 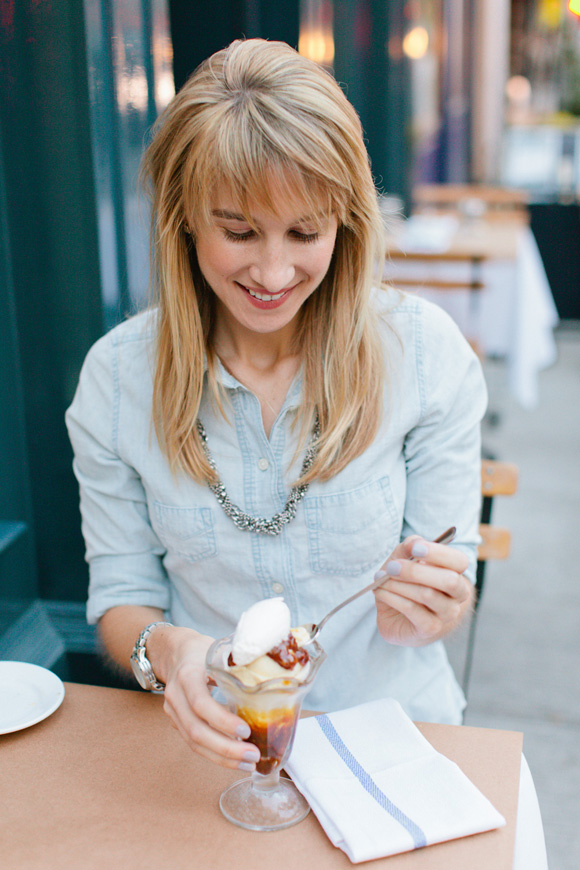 Welcome to the Clara Persis blog! It's here where I share my recipes, general love for food, and bits and pieces of my life and work in New York City. Learn more. 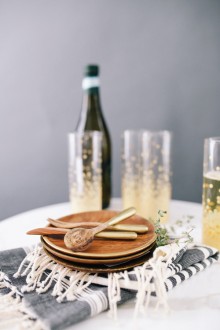 Behind the Scenes with Erin Souder of Grandiflora
04.09.2014 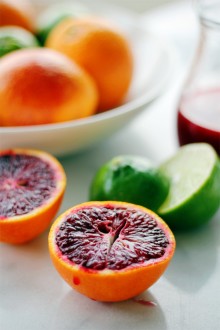 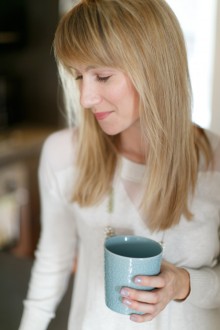 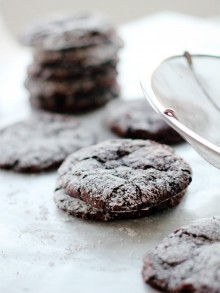 Sign up to receive free tips, tricks and
advice to create a killer social and digital media
strategy for your brand.

Clara Persis is associated with several affiliate programs. Occasionally I will include affiliate links in posts but rest assured I only link to products I truly love and support.